Written by:  Glenn A. Graff

On October 29, 2020, the IRS released a notice of proposed rulemaking Reg-119890-18  which proposed regulations to address the Section 42(g)(1)(C) Average Income minimum set-aside test for low-income housing tax credits (“LIHTCs”) which was added in 2018.  While the new regulations will not become effective until they are published as final regulations, the proposed rules answer some unknowns and should provide some guidance as to how to safely structure LIHTC projects that use the average income method.  Serious consideration will be given to comments on these Proposed Regulations as to whether they are overbroad or have taken approaches which are less beneficial than other options.  This Bulletin provides an Executive Summary, Background and Detailed Analysis of the Proposed Regulations.

What Is Income Averaging?

Income averaging was added to Section 42 in 2018 as part of the Consolidated Appropriates Act of 2018.  The provision allows Projects to take LIHTCs on units which have designated imputed income limitation that allows tenants with incomes at 70% or 80% of Area Media Gross Income (“AMI”) as long as there are additional units with designated imputed income limitation at 30%, 40%, 50% or 60% AMI such that the overall average for all units does not exceed 60% AMI.  The designated low-income units must comprise at least 40% of all residential rental units in the building.  Once the Average Income minimum set-aside is elected by a Project, such election is irrevocable.

Example:  20 unit building with 9 low-income units and 11 market rate units as shown below

If this Project has used the more traditional 40%@60% minimum set-aside, that would require 40% of the Project to be rented at 60% AMI.  The above Project would not qualify for LIHTC because only 4 units out of 20 units (25%) are at 60% or less.   The Average Income method allows the renting of some higher income units that are offset by lower rents on other Projects.

Why Have Income Averaging?

Income Averaging has several benefits.  First, some Projects may be in situations where it is difficult to have all units be at 60% AMI or less but where there is demand for 70% or 80% AMI units.  This could be areas without as deep a demand for 60% or less AMI.  It is also helpful for projects with Public Housing Authority (“PHA”) assistances because such assistance can be used with tenants up to 80% AMI.  Without the Average Income method, a 70% or 80% PHA-assisted unit would not qualify for LIHTC and thus would reduce the amount of LIHTC that a Project could generate.

Second, the Average Income method can lead to higher revenue for a Project thus allowing it to carry more debt and require less LIHTC.  At first it would seem because the average income must not exceed 60% AMI that there would not be a rental revenue benefit to a Project.  However, many Projects have governmental assistance such as Section 8 and often those units may be targeted at an especially low-income units, such as 30%, 40% or 50% AMI.  Those units qualify for LIHTC by charging the tenant rents at 30%, 40% or 50% AMI, but the subsidy allows for rent on top of the tenant-paid rent.  Thus, the Section 8 subsidy on that lower-income unit means that even with a deeply targeted unit, the Project rent for the unit can be at the Section 8 rate (which approximates fair market rental).  In turn, the presence of 30%, 40% or 50% units allow for some 70% or 80% units which can also deliver higher rents even if such units don’t have a subsidy.  Thus the 30%-50% units don’t hurt revenue, but they allow the higher 70% or 80% units which can add revenue.  That added revenue can help keep projects feasible or allow them to carry a little more debt.

The proposed regulations come in two parts.  There is a brand new Proposed Regulation 1.42-19 which provides basis rules for the average income method.  The notice also proposes changes to the existing Regulation 1.42-15 which addresses the “Next Available Unit Rule”.

What is the Next Available Unit Rule? - The Next Available Unit Rule has been a long-standing rule that provides that if rules where a tenant that initial met the income requirement for a unit has their income go above the applicable income limitation.  If the income rises to more than 140% of the applicable limitation, such unit can continue to be a low-income unit if the next available unit of comparable size or smaller is rented to a low-income tenant.  For projects using the 20%@50% or 40%@60% minimum set-aside, this rule continues to apply in the same manner as before the Proposed Regulations.

Application of NAUR Was Unclear for Average Income Projects - Prior to the Proposed Regulation, there was uncertainty as to how NAUR would apply, especially in situation where there could be multiple over-income LIHTC units with different income designations.  For example, would projects have to fill vacant units with tenants whose income matched the income for the first over-income unit? 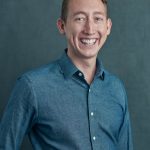 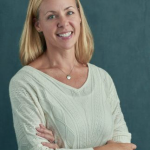