Parkside of Old Town (“Parkside”) is a new construction, mixed income, CHA/HOPE VI development located in the Near North community of Chicago. The site includes approximately 18 acres and is bounded by Division Street on the North, Oak Street on the South, Larrabee Street on the West and Seward Park on the East.

In 1994, Cabrini Extension received a $50 million HOPE VI grant from HUD in order to revitalize the area. The planning for the implementation of the grant involved residents, the real estate industry and the City. Eventually, in 1996, the planning process yielded the Near North Redevelopment Initiative (NNRI): a program to revitalize the Near North community of Cabrini and its surrounding area that included residential and commercial development and improvements to infrastructure and public facilities.

Parkside is one of the developments contemplated in the Near North Redevelopment Initiative Plan, drafted in 1997, as well as CHA’s current Plan Forward.  The key element of both plans calls for the development of new mixed income, mixed tenure housing throughout the community.

Parkside will be constructed in five to six phases and upon completion, will provide rental and for-sale housing units in a variety of building styles, including town homes and mid-rises. The first phase, developed in a condominium sub-phase and rental sub-phase, encompasses four blocks along Division Street and consists of three mid-rise buildings and 75 townhouses with a total of 374 residential units, including 107 units for public housing families. There are two commercial spaces in the first phase, one in the rental building and one in one of the condo mid-rise buildings.  Phase IIA, is a mid-rise rental building located at Larrabee and Oak Streets and consists of 112 total units, including 39 public housing, 53 affordable, and 20 market rate units. Phase IIB includes a mid-rise structure along Division and a three-story walk-up building and includes a total of 106 units, including 36 public housing, 27 affordable and 43 market rate units.

The development team anticipates one to two additional phases of redevelopment after completion of Parkside Four Phase II.  Once all phases are complete, over 800 units of housing will have been delivered on this 18-acre site and will fulfill the commitment of units made to the CHA under the Master Development Agreement. 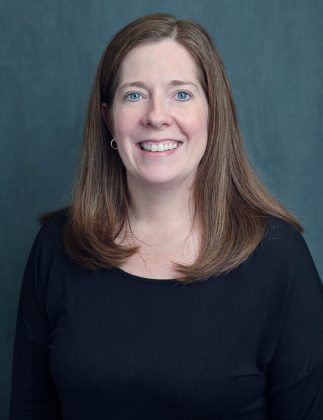 It is always a pleasure to work with counsel at Applegate, for deal closing as well as deal maintenance. As Parkside of Old Town shows, we leave no stone unturned when it comes to financing. In so doing, we create a layer cake which brings its own challenges. Applegate’s very capable attorneys and support staff guide us through the legal issues and get us on the other side of complex closings. I am glad we have such capable people assisting us!